What is Charity Love? 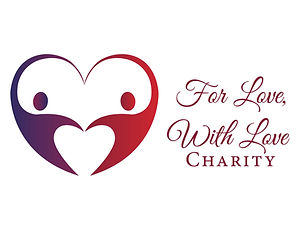 Charity is one of the seven virtues of the Christian religion. It unites man with God and is considered the most important of the virtues. Thomas Aquinas described charity as a friendship between man and God. He considered charity to be the highest virtue. But what exactly does charity mean? And why is it important?

What is the meaning of charity love?

Charity love is a kind of love that is given to people by a divine being. It is not a selfish act; it is a love that is based on the love of God and neighbor. It is based on the belief that God is the first and best friend of mankind. It is an action that is aimed at the salvation of others.

Is charity the same as agape love?

Agape is a Greek word that is sometimes translated as “love.” It is a kind of unselfish love that comes from the heart and is not motivated by any selfish motives. While charity is concerned with the well-being of others, agape is purely concerned with God’s greatest good for us. It is not an emotion, but a volitional decision to serve someone, without any expectation of reward or reciprocation in return. The Bible uses this word multiple times.

In Christian theology, agape love is an important concept, but its application in the civil world is difficult. This is because civil governments are governed by the concepts of fairness and equality before the law. Therefore, granting unmerited grace to someone who commits a crime may not be in the best interests of the victim or of society. This is why religious dissidents are usually punished in civil governments.

Charity originated in the fourth century, when the word charity meant “love for humanity.” The dictionary defines it as “private or public relief of the poor and needy.” The word’s most common connotations are love, kindness, affection, and spontaneous goodness.

The term charity is defined in Christian theology as love that is unending. This definition is different than the modern meaning of the word, which is more commonly used to refer to benevolent giving. According to Christian teachings, charity is the love of God and is the highest form of love. It is also the purest form of love, and the most joyful for the soul.

Jesus Christ is the ultimate example of charity. Throughout his mortal ministry, Jesus Christ was always doing good, showing compassion for the poor, afflicted, and distressed. His infinite atonement is the supreme expression of charity, and he said that there is no greater love than to lay down one’s life for others.

Why is charity so important?

Charitable work helps the less fortunate, creates a sense of community, and fosters positive character traits. It helps people see the world from another perspective and gives them a deeper appreciation for their own lives. Charitable work is crucial in our modern world, where it is easy to ignore those in need.

Charity works to improve lives and eradicate poverty by addressing issues that cause it. It has helped drastically reduce the world’s poverty rate. It is almost half the level it was in 1990 – five years ahead of predictions. As a result, charitable work makes the world a better place. It gives us a greater sense of purpose.

Charitable giving is a selfless act that benefits everyone, especially children. Children who are taught to give without expecting any monetary benefit are more likely to practice generosity as adults. It also leaves a lasting legacy of kindness and goodwill. Charity also has many benefits for the environment. Many organizations focus on environmental sustainability, and donated funds build a strong foundation for sustainable operations.

How can you show charity to others?

If you’re interested in knowing how to show charity love to others, start by determining your purpose and identifying your charitable goals. Depending on your situation, you may be able to find a one-time opportunity or a longer-term project. Remember, kindness is contagious and you can encourage others to be charitable.

Charitable acts can range from helping to fix broken items to simply listening. But the most important aspect of charity is compassion and non-judgmental acceptance. Although charity is important, it can be challenging to show it. In order to be truly charitable, it’s helpful to understand the needs and emotions of the person you are helping. The best way to show charity is through your presence.

While it may be difficult to reach out to others and share what you have, it’s important to remember that doing so will give you great satisfaction. In turn, your kindness will make other people feel better about themselves. It’s also important to remember that you’re receiving a reward for your generosity. In fact, the Bible encourages us to be generous in our giving.

What Jesus says about charity?

Charity is not a simple act, but when done with a generous heart, it rewards the giver. It also makes you feel good. The reward comes from God. He rewards the faithful who love and serve, and He also rewards those who give in secret. By keeping these principles in mind, we can live a charitable life.

The spirit of charity is a virtue that comes from the Holy Spirit bearing fruit in our lives. Jesus was an example of charity. He never worried about his own career, popularity, or fame. His only concern was the welfare of others. According to John 15:13, there is no greater love than to lay down one’s life for his friends. In doing so, he exemplifies the very meaning of charity. The love that motivated Jesus to die on the cross was his love for us.

Charity is a basic tenet of almost every religion. Human beings have always felt the need to help their fellow human beings. The bible is full of examples of charitable actions performed by believers throughout the ages.

What is the highest form of love?

The highest form of love is agape (aga-pay). It is unconditional, selfless, and sacrificial. The Bible calls it agape, and it is often used to describe God’s love. It is a form of love that is exhibited by actions, not words.

It is based on the love that Jesus Christ had for his followers. He showed compassion for those who were poor and distressed, and his infinite atonement served as a perfect example of charity. It’s a powerful form of love that is the purest and strongest. When you practice charity, you can be confident that you are living the highest form of love.

Love is an ongoing journey. It is an exodus from the closed-off, inward-looking self into the openness and self-giving that enables authentic self-discovery and the presence of God. It is a journey that Jesus described in his Gospels. In these passages, Jesus describes his own journey toward the Resurrection and compares himself to a grain of wheat.